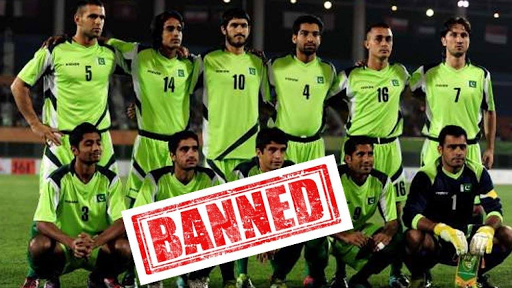 Pakistan Football Federation(PFF) has been suspended after PFF headquarters were taken over by Syed Ashfaq Shah and its group. The Federation was being run by a Normalization Committee which was appointed by FIFA. The Committee was headed by Haroon Malik.

It is understood that the ultimatum was ignored.

FIFA released a statement that said that the bureau of the FIFA council suspended the PFF with immediate effect due to third party interference.

“This situation was prompted by the recent hostile takeover of the PFF headquarters in Lahore by a group of protestors and an alleged decision by certain individuals to remove the FIFA-appointed normalization committee of the PFF led by Haroon Malik and to hand over the leadership of the PFF to Syed Ashfaq Hussain Shah,” said by FIFA

However, it is hoped that the suspension would be lifted if the situation is taken under control by relevant authorities as FIFA said,

“This suspension will only be lifted once FIFA has received confirmation from the normalization committee of the PFF that the PFF’s premises, accounts, administration and communication channels are again under its full control and it can continue to carry out its mandate without further hindrance,”

Sports: A Sine Qua Non In a Professional’s Life

tyre shop near me

Don’t Pay For an Expensive Lacrosse Backstop, Make Your Own For Less!

Wrestling Is a Mental Sport As Much As a Physical One